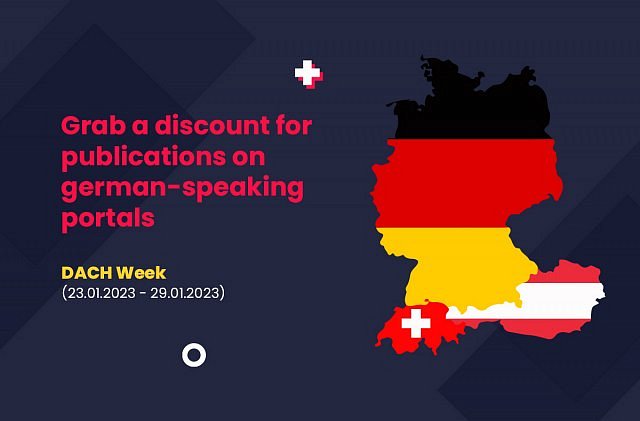 Do you run a business that targets customers living abroad? Or maybe you operate locally, but you want to enter a challenging market that is full of potential and promise? Advertiser, if you answered “yes” to any of the above questions, do not hesitate to take advantage of the 10% discount on publications on portals in Germany, Austria, and Switzerland. The offer will be available on the WhitePress® platform only from January 23rd to 29th.
Start earning money today.
Sign up for free

A language that sparks great interest

It is often said that German is only spoken in Germany, Switzerland, and Austria, and this statement is completely untrue. Fortunately, this stereotype that has been circulating for years is constantly being rectified by statistics that show time and time again that the native language of Gutenberg, Kant, Mozart, Schubert, Einstein, or Roger Federer is used almost all over the world. Currently, more than 130 million people speak German, and each of them can be a potential customer.

WhitePress® debuted on the German market in 2020, and of course it was a great choice because in just two years, it became our third-largest market in terms of the number of available portals. Considering that we currently operate in over 30 countries, this result confirms that this is a market worth investing in. In our database, advertisers can choose from over 3,070 reliable portals in German, and most importantly, this number is constantly growing. In our opinion, if you want to appear on the international stage, presence on German-language portals is the key to success.

The market of potentially opulent customers

Where should you look for customers? Preferably in places where there is a high probability that you will find rich people willing to invest in new goods. When it comes to German-speaking markets, Germany, Austria and Switzerland can be proud of their stable economic situations that leave other nations behind.

By reaching different customers, you have a better chance of success

Although in each of the above-mentioned countries, the German language is used on a daily basis, this does not mean that the speakers of this language form a homogeneous group. Just the opposite! Each of these countries is characterized by a completely different approach to life, experiences, consumption preferences, customs, and history. It is worth remembering when creating marketing strategies for individual markets.

Do you know that…

German portals in WhitePress® - content and quality in the first place!

As we mentioned earlier, there are more than 3070 German-language portals in our database. Regardless of what industry you operate in, in WhitePress® you will find a portal that will be tailored to your target group. A large number of Publishers means that you can choose not only portals that are diverse in terms of themes but also different price ranges, which largely depend on the SEO indicators of a given platform.

How to publish on German portals

Ordering publications in WhitePress® is a simple and intuitive operation. What's more, you can pay in any currency of your choice, and the panel for ordering publications is available in many language versions. Therefore, it is easy to take advantage of the 10% discount and publish in Germany, Austria, and Switzerland, and then... Enjoy new leads!

Remember that while creating a new project in the platform, you can choose not only the publication language, but also the default publication country. Pay attention to this to optimize your search in our portal search engine. 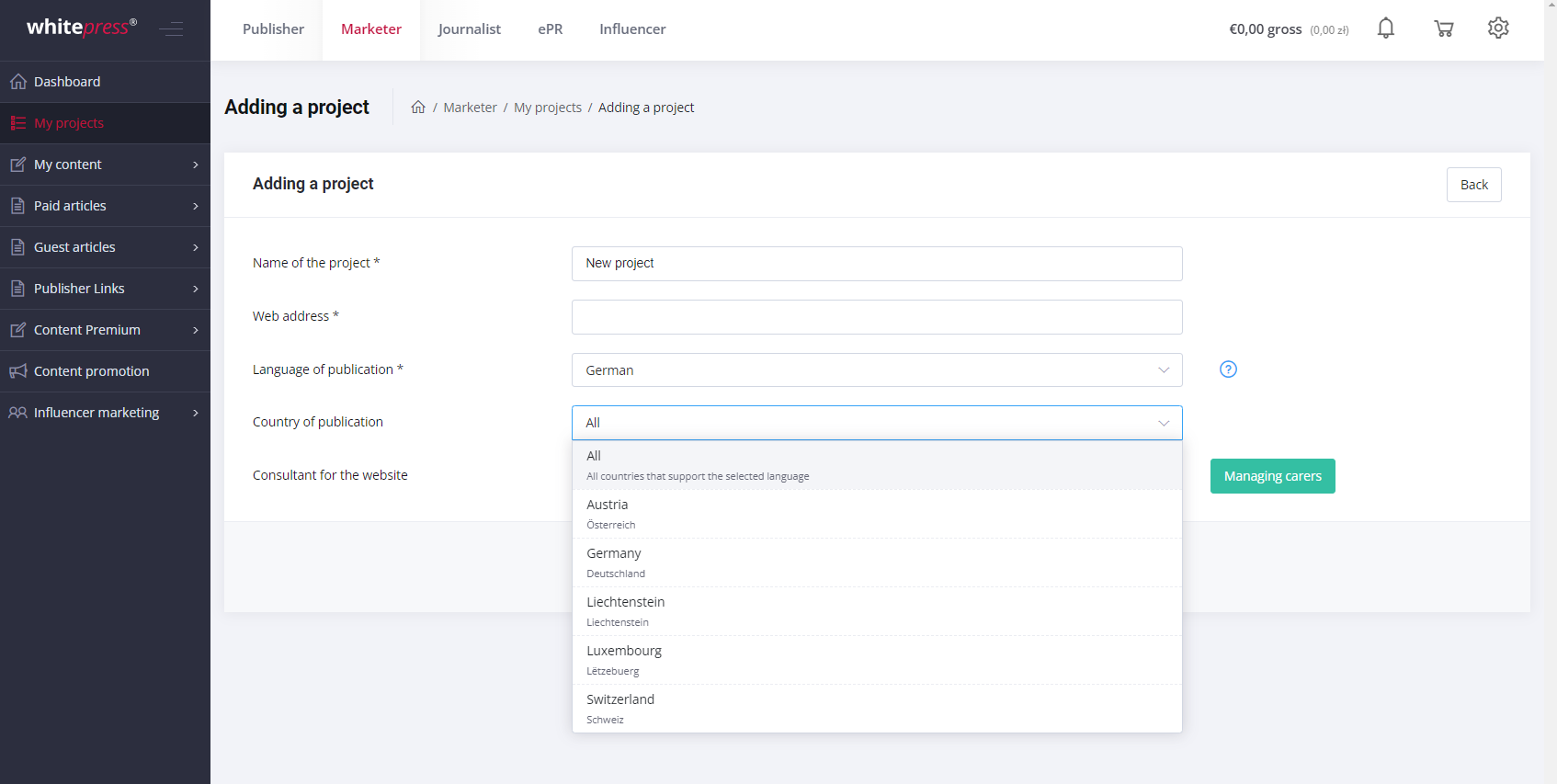 Follow our news to find out about the next promotions!

Are you planning publications on foreign websites and have questions? Write to us!

At the time of writing this article, we used sample data available from the following sources:

The legal basis for the processing of your personal data is the legitimate purpose pursued by the Administrator and its partners (Article 6 (1) (f) of the GDPR).